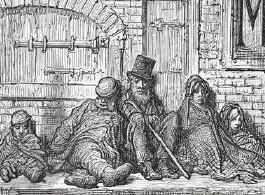 The theme of the London Catalyst AGM held on 7th July had been set some time ago but the decision of the electorate to vote to leave the EU added a new perspective.

Hannah Aldridge, Head of Analysis at the New Policy Institute, established the facts of contemporary poverty in London noting the number of people in poverty in London had risen from 1.9m to 2.2m over the last decade, mainly due to population growth. In that time poverty has transformed with an increase among working families, people in the private rented sector and those in outer London. 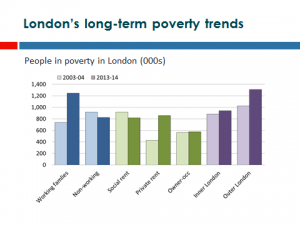 At the same time we have seen substantial falls in unemployment – across boroughs, age groups and ethnic groups – although this has come with rises in low paid jobs and part-time working.Those affected are not just working age adults; children and families are at the sharp end, living in expensive, poor quality and insecure housing. Two thirds of private renters have lived in their current home less than three years (the social rent average is 11 years) with landlord evictions rising in London at double the rate for England.

Hannah cautioned against assumptions of a dramatic poverty shift and the notion of emerging ‘Banlieues’, districts of poverty on the outskirts of the city, reminding us that although homeless households placed outside their borough is at an all-time high actual number of moves are small.

The movement from inner to outer London is small compared to poverty overall and it would be a mistake to suppose the poverty of the inner city no longer exists. In a sobering conclusion Hannah reiterated that in London the new poor is very likely to be someone travelling from outer London to work having left their family in temporary private rented accommodation.

Rita Chadha, Chief Executive Officer, RAMFEL, tackled some of the myths, assumptions and realities of the migration issue with a Pre/Post Brexit analysis. Rita set the scene by revisiting the definitions and levels of protection for asylum seekers, refugees and migrants, what is actually meant by the term ‘foreign born’ and, in this increasingly shrill and polarized debate, asked what does this mean for London’s established ethnic minority communities. London is a city of migrants and has the largest share of the foreign born population at 36.9% (c3 million people, 2014 Migration Observatory) with India, Poland, Pakistan and Nigeria the top four countries of origin. This should be placed in context with those nationalities applying for asylum; Eritrea, Pakistan, Syrian and Iran. Rita noted the similarities and differences between established communities, such as India which is now, like the host country, an aging population, with newer arrivals from Romania with over 7 in 10 aged between 20 and 39 years with high employment rates. There is clearly a correlation between the needs of the general population and the resource offered by a new younger population.

Rita reflected on some of the Pre Brexit issues affecting migrants; the difficulties of access to health care, new charging policies, accusations of health tourism, the restrictions of the Immigration Acts 2014/2016 and an increasingly hostile environment. Post Brexit things have, sadly, got worse. The notion of ‘Everyday Bordering’, the day to day block, checks and threat of sanctions that are beginning to emerge, present a worryingly and sinister sense of what the future might hold. The hostile environment appears to have acquired official approval with reports of  misapplication of entitlement rules and a growing anxiety in people, legally resident in the country for many years, of their ‘right to remain’ . Rita questioned the reality of health tourism. Although there are examples of people coming to the UK and benefiting from its health care system for the vast majority, notably EU citizens, the choice is usually to return to their home country, where they understand the system, language and have family support, for their health care. The fact that the London health and social care system depends on the skills of migrant workers is self-evident. One positive outcome from the political turmoil is that newer migrant communities are organising themselves, formalising civic structures and making their voices heard.

Ellen Clifford, Campaigns and Policy Manager, Inclusion London, looked at the correlation between poverty and disability and the impact of government welfare reform. There is growing evidence of increased poverty with 1.2 million disabled people in London. Around 19% of households that include a disabled person live in relative income poverty compared to 14% of households without a disabled person. Disabled people pay on average £550 per month on extra costs related to their disability. As a result of these extra costs, disabled people are twice as likely to have unsecured debt totalling more than half of their household income and are three times more likely to draw on doorstep loans. Research from the Centre for Welfare Reform showed Disabled people being hit nine times harder by the cuts than non-Disabled people. For people with high support needs that figure rises to nineteen fold. The future appears bleak with another £12 billion to come off the welfare budget under this Parliament. Ellen noted ruefully that the UK is the first state to be investigated for “grave and systematic” violations of Disabled people’s rights under the UN Committee on Economic, Social and Cultural Rights. Disability and poverty are constructs shaped by social policy. 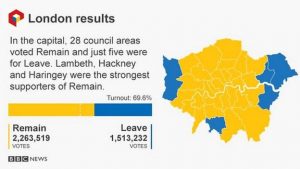 Political choices widen social exclusion and make people poorer. The pattern of debt is also changing with more people struggling to afford basic services; fuel, rent, council tax. With an increase in poverty amongst working people and the Brexit rhetoric of blame and scapegoating was there a correlation between poverty and voting patterns in London? There are consequences to welfare reduction, the exclusion of people from services and fomenting a climate of suspicion. It blocks people from using preventative services until they return as an emergency. It cuts the trusted connections of ordinary life and it sets those that have little against those that have less.

You can download all three speakers’ PowerPoint presentations here.