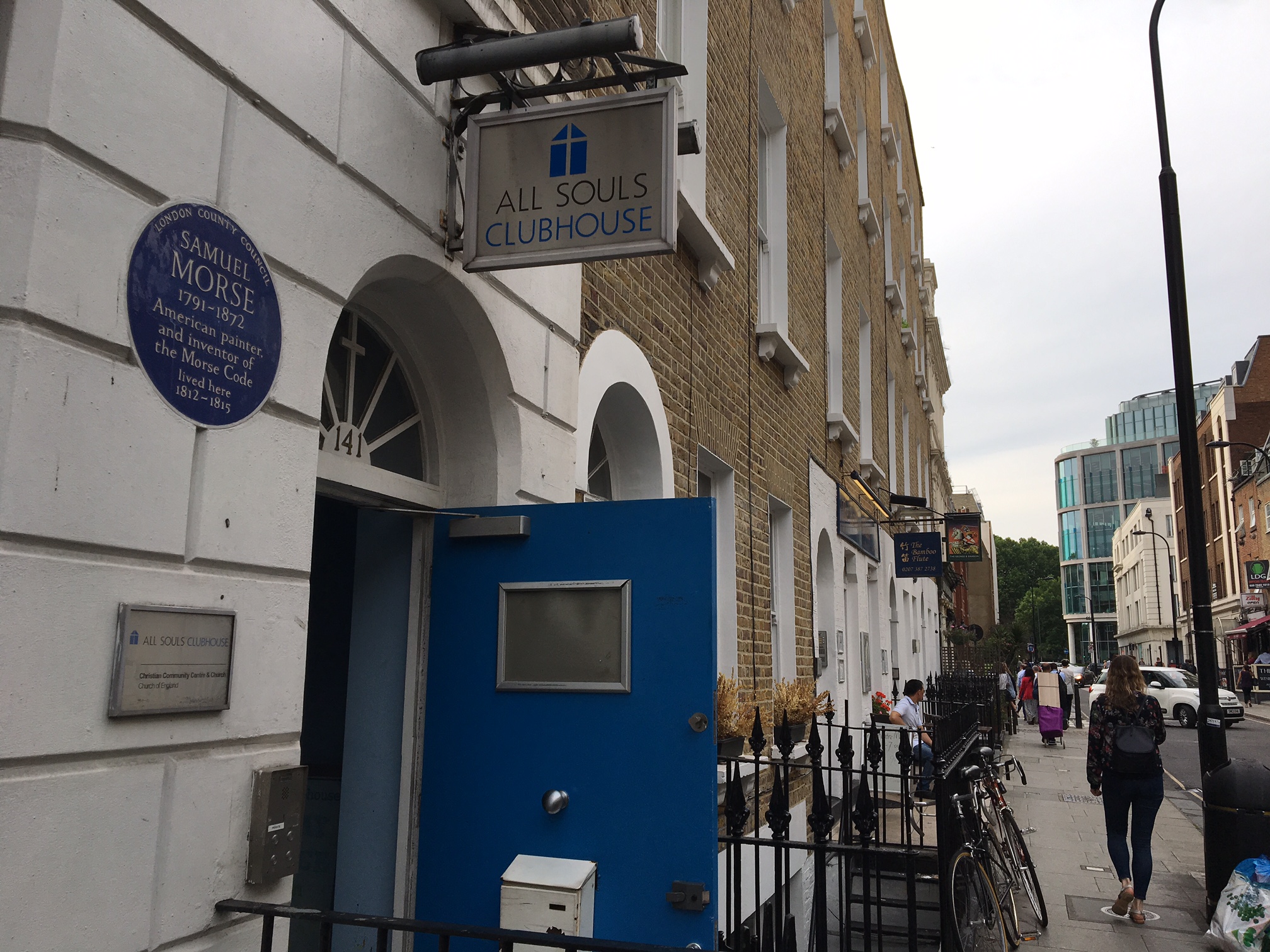 Our Administrator Alison paid a visit to one of our Samaritan grant recipients, ASLAN, who have been helping the homeless in Central London for several decades…

You find ASLAN’s base at the All Souls ‘Clubhouse’ by following a modest-looking sign halfway down a quiet residential street, not far from the pollution and frantic traffic of Euston Road.

Katie Huggins – ASLAN’s manager – warmly welcomed me into their huge, airy community building. The clubhouse is a hive of activity at weekends, but when I visited in the early evening on a weekday, there was a tangible sense of peace and quiet.

ASLAN – the All Souls Local Action Network – is the ‘Grandaddy’ of hands-on, volunteer-led support for London’s rough sleepers. It began life in 1988, when a group of young people were inspired to start a regular Saturday morning ‘tea run’, offering homeless people hot tea, food and a listening ear.

Later, they expanded into offering warm spaces and hot showers, entertainment evenings, a befriending scheme, and much more besides. Their attitude to homeless people was pioneering in its time; they were the first service to describe people as ‘guests’, for example, something which is now commonplace. 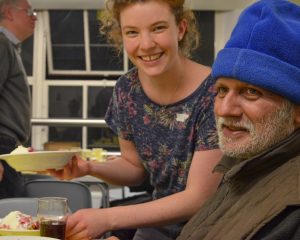 ASLAN is part of All Souls Church in Langham Place, and they are fully open about their desire to ‘share the love of God’ through service and unconditional acceptance. However, they help people of all faiths and none – and many of their 600 volunteers aren’t churchgoers. In that sense it is typical of a great many large faith-based community organisations.

The Samaritan grant: immediate help in a crisis situation

ASLAN have received a number of Samaritan grants from us over the years. Each Samaritan grant is a pot of money, given to ASLAN for them to manage themselves day-to-day. It’s designed to be a hardship fund, helping people out immediately when they are facing an emergency and are in financial need.

When people lack money for the essentials of life, a small injection of cash in a time of crisis can make a dramatic difference. For example, Katie says, “We don’t often see women on the tea run, but ‘L’ sleeps at St Pancras, but comes to the clubhouse for a shower and a bowl of hot soup. [Last winter] we were able to give her warm clothes, scarves and a pair of gloves purchased via the Samaritan grant.”

It doesn’t take too much imagination to appreciate the immediate impact this had upon ‘L’.

I asked Katie if there was one thing she wished people knew about the homeless people ASLAN supports. She described a time when one of the older guests at Clubhouse took her aside and said, “Katie, seriously, there’s going to be a fight in here if you don’t step in”. She took his advice. “Many of our guests are really wise. He was like a father figure to me at that time.”

I asked Katie what she thinks the future holds for ASLAN. She agreed that things are tough, and getting tougher, because of the cuts in funding. “Our main concern is that we’re getting busier. We’re seeing new clients – and that is a great cause for concern. Things aren’t getting any better”.

Katie took me on a tour of the clubhouse. Donated clothes and shoes are sorted out in the clothes store, and distributed to homeless people in need: 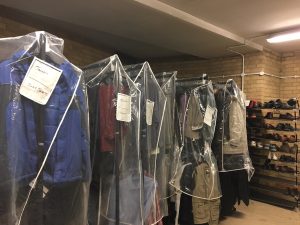 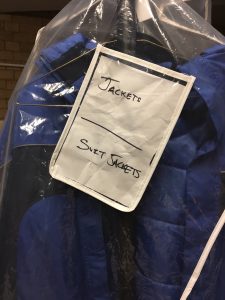 Upstairs is a pleasant rose garden. Not many people know that this is open to the public; you just step through the clubhouse front door on Cleveland Street, and head up the stone steps on your right. 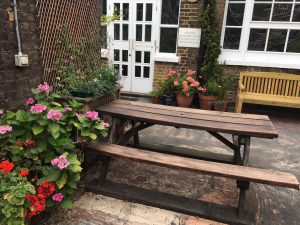 Find out more about volunteering for ASLAN

If you are interested in finding out more about ASLAN and possibly becoming one of their volunteers, they are holding an open evening on Monday 9th October at 7pm at Clubhouse, 141 Cleveland Street, W1T 6QG. All are welcome.

If you work for a frontline organisation within the M25, and you think you could benefit from a Samaritan grant to help your service users in an emergency, find out more over on our grants page.

We are constantly fundraising for the Samaritan Fund, to enable us to make more Samaritan grants and help more people. Last year, more than 5,000 people received an emergency payment from a Samaritan grant. If you would like to make a donation, no matter how large or small, please click on the ‘donate’ button at the top of the page or get in touch. A little goes a long way, because the average size of a hardship payment is £16.