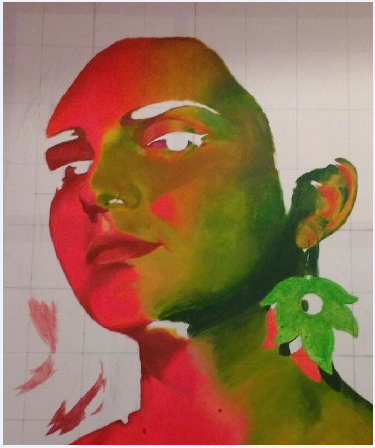 Clare is a mother of three, social activist and senior manager in a large charity in London. She agreed to share her story as part of domestic abuse awareness week and show that there is hope and life after domestic abuse.

“Being on the receiving end of domestic abuse (I don’t think of myself as a victim) is something that can happen to any of us at any time. I think preconceptions about the type of person it happens to are part of the problem. I think this is part of the reason why, the first time I was hit by my ex-partner, I didn’t leave.

Firstly, I was too shocked to do anything and then couldn’t believe it had happened to me. I was pregnant at the time, and now know this is a common time for abuse to start. Perpetrators are clever: they tell you what you want to hear, “It won’t happen again, they’re really sorry, it’s because they care so much they got angry…” They can be so outwardly charming that you can feel you’re going slightly mad and don’t know which character you’re going to get from them one day to the next. However, the first time leads to the second time, the second time to the third and eventually you lose count and only remember the worst assaults, hospital visits, or the aftermath. I clearly remember pushing my daughter in her buggy whist having broken ribs but can’t remember the assault that led up to it. Eventually I ended up focussing on surviving one day at a time, protecting the children.

It’s difficult enough to think about the next week without thinking about the future and leaving (although this may be obvious to those around). The money I had was restricted to necessary shopping, and the exact amount, I couldn’t get home from work late or go to any social events or I’d be accused of seeing someone else and had to be contactable at all times. Despite everything, including his efforts to stop me, I maintained my job …. and I left (after 5 years in this relationship) with the support of two colleagues to whom I will always be incredibly grateful.

I can only speak for myself, but it was only when something different, in this case worse than what had become the norm, happened that I decided to leave. On this occasion, I was picked up off the ground by my neck but normally he’d let go before I lost consciousness, this didn’t happen that time and I thought I was going to die. When I came round I knew I had to leave or I would become a statistic. It wasn’t until a number of years later that I discovered after an MRI that my neck was fractured. Luckily I had a very successful operation for this but will need more for direct and indirect damage of various kinds.

It was months before I got the money together to move. My colleagues ‘borrowed’ the company van and we must have looked like burglars as we loaded everything I could grab in super quick time (I couldn’t pack beforehand or he’d have realised, so nothing was in boxes). I collected my daughters from school and we never saw him again.

There will be people reading this now who will know or suspect someone they know is in a similar situation or you may be in a bad situation yourself. Some of the signs are not obvious: do you notice someone always rushing home from work or struggling to arrive on time? Do they always have to take calls no matter when during work (I always had to answer by the 4th ring)? Do they avoid any socialising and seem short of money? Are they wearing long sleeves or a high-necked top in summer? Of course, these could be due to any number of things. Since my experience I’ve seen couples where I know things aren’t right, often it’s a quick look from the person being abused to the perpetrator to check they’ve said the right thing. Body language can be a big giveaway and hard to hide. Additionally, sometimes the most support is needed after someone has left the perpetrator: it’s a bit like when you have children and can’t see beyond the birth and there’s a bit of a ‘what now?’ period after.

I’d just like to end by saying that there is light at the end of the tunnel: I have an amazing husband, a job I enjoy and a busy union role (and my own money left over for clothes, shoes and make up!) However, there’s a saying that rings true – change nothing and nothing changes.”