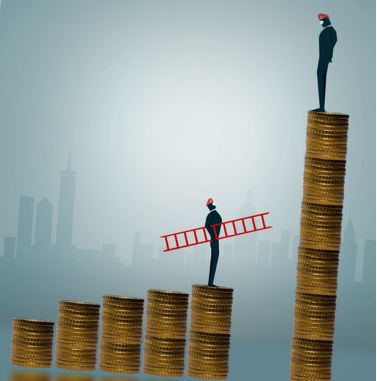 At our 148th Annual General meeting members, grantees and friends gathered via Zoom to hear from Victoria Clare, Chief Executive, Ovacome, the UK’s ovarian cancer charity and John Page, Runnymede Trust. Read our blog and view the presentations to understand the challenges and what more needs to be done.

Tackling inequality can feel like embarking on a journey with multiple starting points and different distant destinations.  It took a pandemic to reveal the extent of health inequalities in society and we were delighted to welcome to our recent AGM, Victoria Clare from Ovacome and John Page of the Runnymede Trust to guide us through the complexities of the subject.

Victoria put into context the struggle of many charities working with people with rare conditions to get their voice heard. There are c7,400 people diagnosed with ovarian cancer each year, 60% at a late stage and with no national screening programme this rare form of cancer is often overlooked. Again, as is often case, some groups fare worse than others; marginalised and underrepresented groups, including BIPOC, LGBTQ+, those diagnosed before the age of 45 and the over 70s. Where you live matters too with proximity to a cancer centre a distinct advantage. Heath equity is not simply about improving access to treatment it is about addressing the underlying inequalities in society The social determinants of health are fundamental. As Victoria observed, with a touch of exasperation, we have the statistics, we understand the determinants of health inequality and we still we haven’t done enough. Time is running out for excuses.

Ovarian cancer is hard to diagnose and during the Covid-19 pandemic many new cases will be buried in a backlog of undiagnosed patients. NHS cancer programme data from April 2021 shows a gap of 36,000 diagnoses and this will, inevitably, effect those from deprived communities, certain Black Asian and White non-British groups, and older people.

Ovacome’s response has been to invest in its community-based approach whilst addressing health inequalities at all levels, engaging clinical teams, getting out into the community and delivering a coherent accessible message. Partnership with civil society groups builds trust and cultural understanding. Ovacome have been taking the message to people by face-to-face meetings, community language helplines and social media to share, widen understanding and inform.

Sustaining the campaign is crucial and Victoria’s tone was upbeat with a call for more collaboration and better data collection. The GLA’s health strategy notes that poorly designed public health campaigns can place responsibility for tackling problems on the individual increasing stigma and perpetuating inequality There is a responsibility for state institutions to tackle the systemic problems. Victoria noted that the Pan London Health Inequalities Steering Group is one good example of what a committed group of volunteer professionals are doing but there is more to be done.

For every £1 of White British wealth, Pakistani households average 50p, Black Caribbean households 20p, and 10p for Black African and Bangladeshi households. Nearly 160,000 BME workers are on zero-hours contracts, around one in six of the 1 million people who are on them, even though BME workers make up just one in nine employees

Diabetes prevalence in Black groups is up to three times higher than in the white population; they also have a higher risk of hypertension and stroke. In South Asian groups the risk of developing diabetes is up to six times higher. One-fifth of the UK diabetes population is South Asian. These inequalities (housing, employment rates, labour market position, savings, etc) are a consequence of an unequal societ

There are significant inequalities in unemployment, home ownership and the private rent sector. Such pre-existing conditions are not the fault of BME groups. They are caused by the structural and systemic inequalities that continue to create an unequal playing field. The evidence illustrates that racial discrimination is, like poverty, a social determinant of health. Intersectionality, how a person’s social and political identities combine to create different modes of discrimination and privilege, is crucial for a full understanding of inequality in society.

Findings from a recent Runnymede survey, revealed that more than one third of Black communities (34%) are in key worker roles, with nearly four in ten (37%) from Black African groups in frontline key worker employment such as public transport, health and social care, teaching and social work. Although Black and Asian staff represent only 21% of the NHS workforce, early analysis showed that they accounted for 63% of deaths among health and social care workers.

The survey also revealed that BME groups are less aware of the government’s public health messaging around Covid-19 such as ‘Stay Home, Protect the NHS, Save Lives’ leaving them vulnerable to coronavirus. Awareness of state financial support varied with 93% of white British saying that they had heard of the economic measures available to help them compared to 61% of Bangladeshi people.

People living in deprived areas and those from BME backgrounds were not only more likely to have underlying health conditions because of their disadvantaged backgrounds, but they were also more likely to have shorter life expectancy as a result of their socioeconomic status. Where you live, what you can afford to eat, how much green space you have, how much exercise you are able to take, and the psychological and mental health impact of poverty and racism all play key roles in health outcomes.

People from BME backgrounds were twice as likely as white people to have ‘used public transport at least once a week since the crisis began.’  The pandemic has disproportionately impacted BME groups. The bleak conclusion is that Covid-19 is killing along racial lines and the extra risk of death in minority ethnic groups is one of the starkest health inequalities in recent time.

Racism is not just personal, it is institutional and structural, yet on an individual level race increases risk and exposure to the coronavirus. John reflected that although we are all facing the same storm, we are not all in the same boat. Echoing Victoria’s call he noted that solutions exist and can no longer be ignored. Runnymede are calling on the government to set out a comprehensive strategy to mitigate ethnic inequalities this winter.

John decried the governments narrative of division, citing white working-class disadvantage (a further failure of equality of opportunity), instead of addressing the wider issue, and challenged us to consider what practical steps can we take both nationally and within local communities to make preventative health care a priority. The pandemic offers a chance to change the narrative on health inequality and outcomes for good.